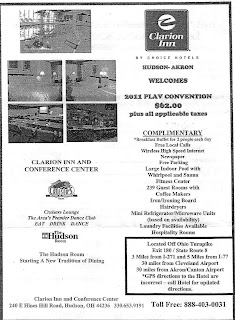 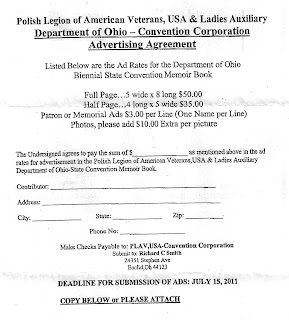 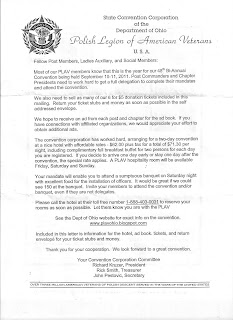 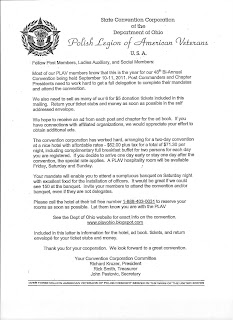 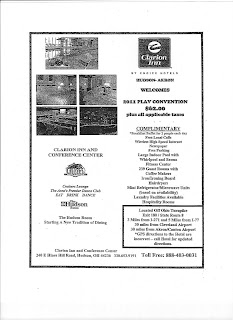 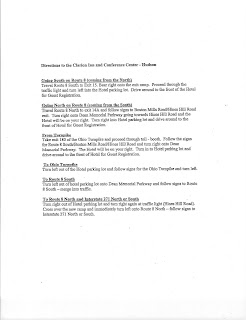 Proclamation for the 48th Biennial State Convention, Department of

To: All State Officers, Post Commanders and Members of the Department of Ohio, Polish Legion of American Veterans, U.S.A..

Selection of Delegates should have been made, in order to receive the benefit of a prepaid mandate before the deadline. Committee appointments will be made from the list of Delegates made available to the State Adjutant. Any Delegate wishing to be considered for any special committee should notify the State Commander, by June 12, 2011.

As a State Convention brings to close one Administration with the hope of a new one continuing the programs set before each Administration. Therefore it is urgent that each Unit should send a full complement of Delegates to this Convention. You are further directed to make a study of the State Constitution and By Laws relative to making amendments. Proper procedure must be followed. Further directives and instructions will follow.

All State Officers and Post Commanders: Your two (2) year reports should be submitted NO LATER that June 30, 2011, to the State Adjutant.

Annual Banquet to Honor Chapter and Post Auxiliaries and Veterans

Cleveland. The Polish Legion of American Veterans, U.S.A., Department of Ohio, will be honoring Chapter and Post Women of the Year and Veterans of the Year. The PLAV is one of only 48 veterans’ organizations in the United States that are chartered by Act of Congress.

Take this list with you when you vote!
Posted by JC Sullivan at 16:22

Sellout of the Polish Government in exile